Our Team of Orthotists and Pedorthists in Guelph

Our Team of Orthotists and Pedorthists in Guelph

Supporting You Every Step of the Way

Ongoing continuing education and training ensures that Applied Biomechanics can provide each client with the most up to date treatment and devices needed for their care. 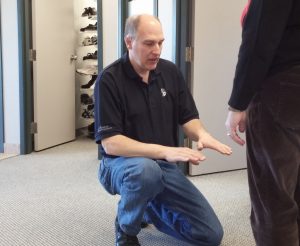 He holds an Honours Bachelor of Science Degree in Human Kinetics from the University of Guelph, and a Post Graduate Diploma in Clinical Orthotics and Prosthetics from George Brown College in Toronto, Ontario.

Previous positions include Director of Orthotics and Certified Orthotist at Clynch Prosthetic and Orthotic Laboratories, Calgary Alberta and Professor in both the Postgraduate Clinical Orthotics and Prosthetics Program and the Orthotic/Prosthetic Technicians Program at George Brown College/Sunnybrook Health Sciences Centre, Toronto. Fred started his career as a Resident and then Certified Orthotist at West Park Hospital, Toronto. Fred’s academic interests include Biomechanics and Advanced Materials Technology and Fabrication.

Fred also plays active roles in the profession both provincially and nationally. He is a member of both the Ontario Association of Prosthetists and Orthotists (OAPO), Orthotics Prosthetics Canada (OPC). He has sat on the Board of Directors for OAPO, has been involved in teaching the National Review Course put on by the OPC, and continues to be an examiner in the annual Certification Exams by the OPC.
Applied Biomechanics Custom Orthotic Services is a proud sponsor of the Guelph Youth Basketball Association in the City of Guelph. Fred has been involved with the GYBA for many years as a coach, convenor, and as Vice President and Director of the program.

It is with this same community focus that Applied Biomechanics works to serve the orthotic and bracing needs of the people of Guelph and the surrounding area …a local business at your service. 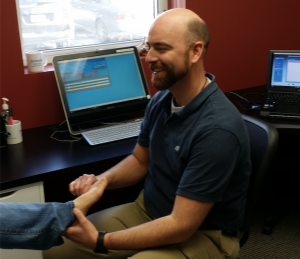 Brad is a Certified Pedorthist under the College of Pedorthics of Canada with over 12 years of experience.

Before joining the Applied Biomechanics team, Brad worked at a multi-disciplinary clinic in Burlington. This allowed him to work closely with a number of allied health professionals including Orthopedic Surgeons. 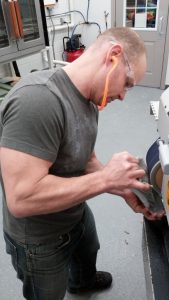 He holds a Diploma from the Orthotics and Prosthetics Technician Program from George Brown College in Toronto, Ontario. Previous work experience and positions include Orthotic Technician at Otto Bock Canada, Burlington, Ontario. 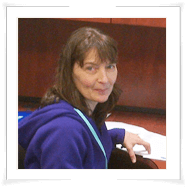 Carla is a Certified Orthotist and a Registered Orthotic Technician under Orthotics Prosthetics Canada (OPC), and has been active in the profession of Prosthetics and Orthotics (Artificial Limbs and Orthopedic Bracing) since 1988.

She holds a Bachelor of Science Degree from the University of Guelph, and a Post Graduate Diploma in both Clinical Orthotics and Prosthetics and Orthotic Prosthetic Technician from George Brown College in Toronto, Ontario.

Carla has extensive experience in both pediatric and adult populations. She practiced at Sunnybrook Hospital in Toronto and Erin Oak Kids in Mississauga. Her specialties include neuromuscular disabilities such as Cerebral Palsy, Stroke, MS, ALS, Diabetes, Polio, Trauma and Arthritis.

For the past 10 years Carla has been using her orthotic skill set and applying it to Canines. She is a specialist in Canine Orthopedic Bracing with an emphasis on Dog Knee Orthoses.

Carla also plays active roles in the profession both provincially and nationally. She is a member of both the Ontario Association of Prosthetists and Orthotists (OAPO), Orthotics Prosthetics Canada (OPC).

Our office is kept running smoothly by our professional and courteous office and reception staff.

Cathy Rayner has been the office manager and partner at Applied Biomechanics since its’ inception in 1995. Cathy coordinates with the reception staff and can help you with all of your insurance and benefits questions.

Cheryl McPhail schedules all of our appointments and keeps us running on time. Cheryl is also able to work with you and help you with your footwear needs.

Find out how Applied Biomechanics can help you get the support you need!